Saint Lucia is one of the most exclusive Caribbean vacation experiences available today with properties that range from all-inclusive resorts to classic inns, as well as boutique hotels with spas and wellness programs in settings that will take your breath away.

St. Lucia - Let Her Inspire You 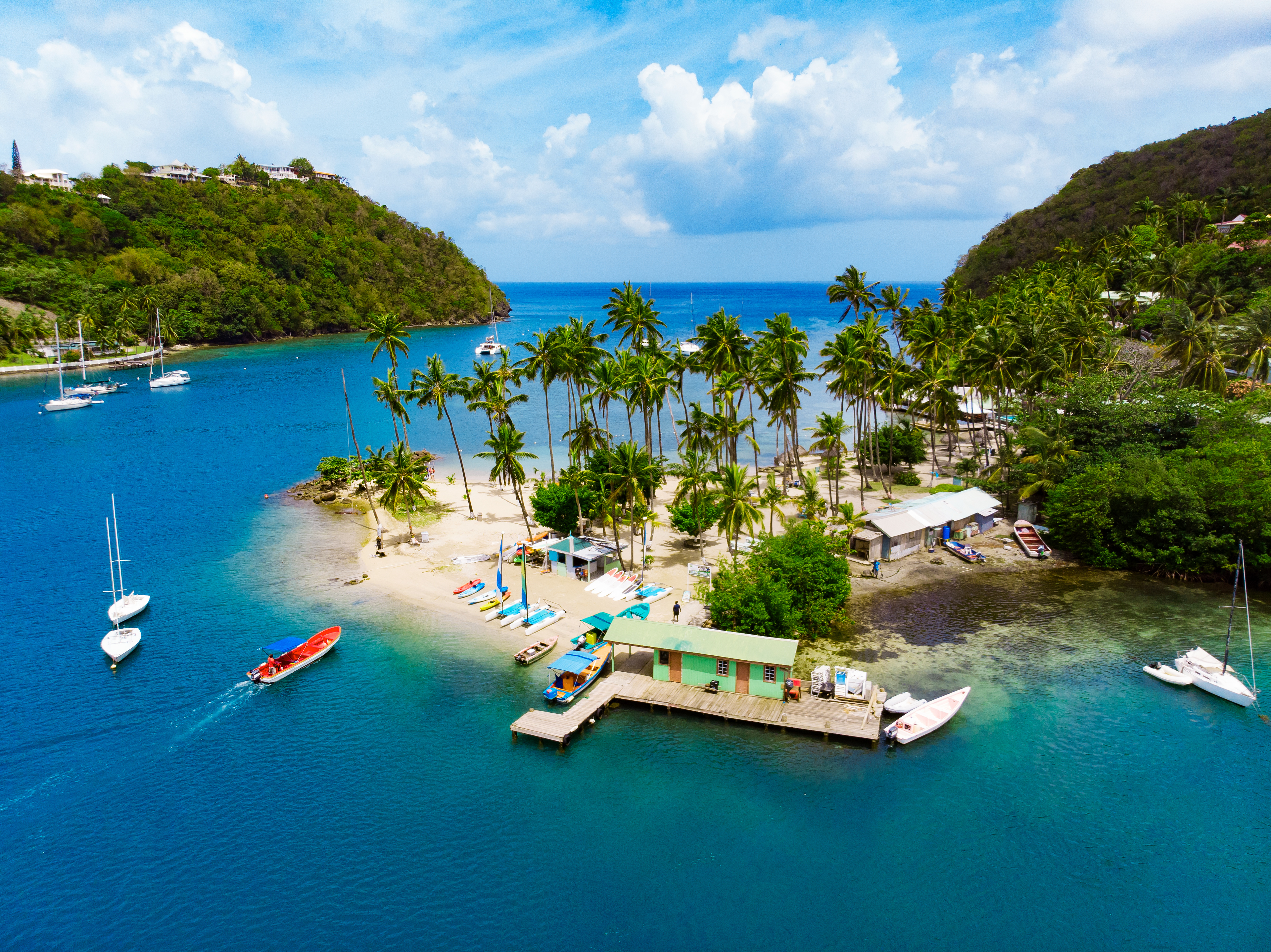 Why choose St Lucia for your next vacation?

Saint Lucia is one of the Caribbean’s most beautiful and geologically diverse islands. Covering only 238 square miles, it is located in the southeastern Caribbean, about 1,300 miles from Florida. Two towering Pitons, which rise almost a half-mile high above the southeast coast, are Saint Lucia’s most famous landmarks. Less well known but equally dramatic are the 19,000 acres of mountains and valleys that make up the rich Saint Lucia National Rain Forest where wild orchids, giant ferns, and bird- of-paradise plants flourish. Its rich volcanic soil produces an abundance of fruits and vegetables. Its dramatic black-sand beaches, in addition to the many golden-sand beaches, rival those of Hawaii’s Big Island. And Saint Lucia has the world’s only drive-in volcano. 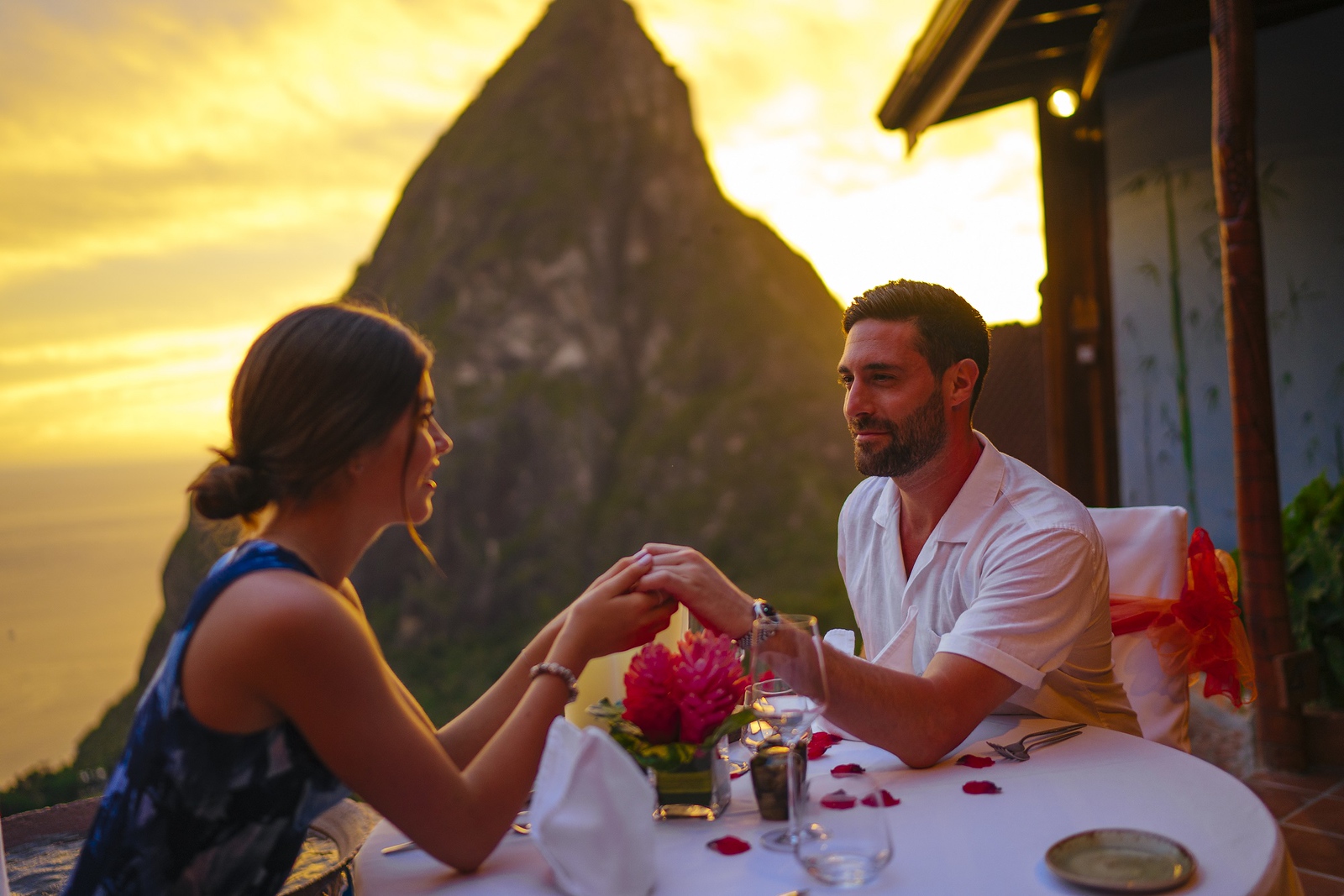 Indeed, the scenery is so striking that several times Saint Lucia has been voted “Caribbean Honeymoon Island of the Year” by readers of Caribbean World Magazine. Understandably, the Saint Lucia Tourist Board’s adopted slogan for the island is “Simply Beautiful.” Yet ecotourism, scuba diving, wind- surfing, and fishing are all strong markets as well. For example, Saint Lucia has excellent whale watching, and its shore diving is some of the Caribbean’s finest. Saint Lucia is rapidly becoming one of the region’s leading soft-adventure destinations due in part to its excellent system of hiking trails to mountain peaks and along the coast.

Although Saint Lucia is part of the British Commonwealth, its combined French and Creole history has a pronounced influence almost everywhere. It’s the basis for the names of most of the cities and fishing villages such as Castries, Vieux Fort, and Gros Islet. And although English may be the official language, a French-based Creole or patois is still the preference for many everyday conversations.

Unlike some Caribbean islands, Saint Lucia is far enough south to escape the ravages of any cold fronts that come barreling out of the Arctic. The climatic pattern is normally set by the northeasterly trade winds that blow throughout the year. Average monthly temperatures range from about 75°F to 81°F. Hurricanes typically track north of Saint Lucia, but the island is considered to be inside the hurricane belt. Traditionally, the most active months for hurricanes and tropical storms are August through October. 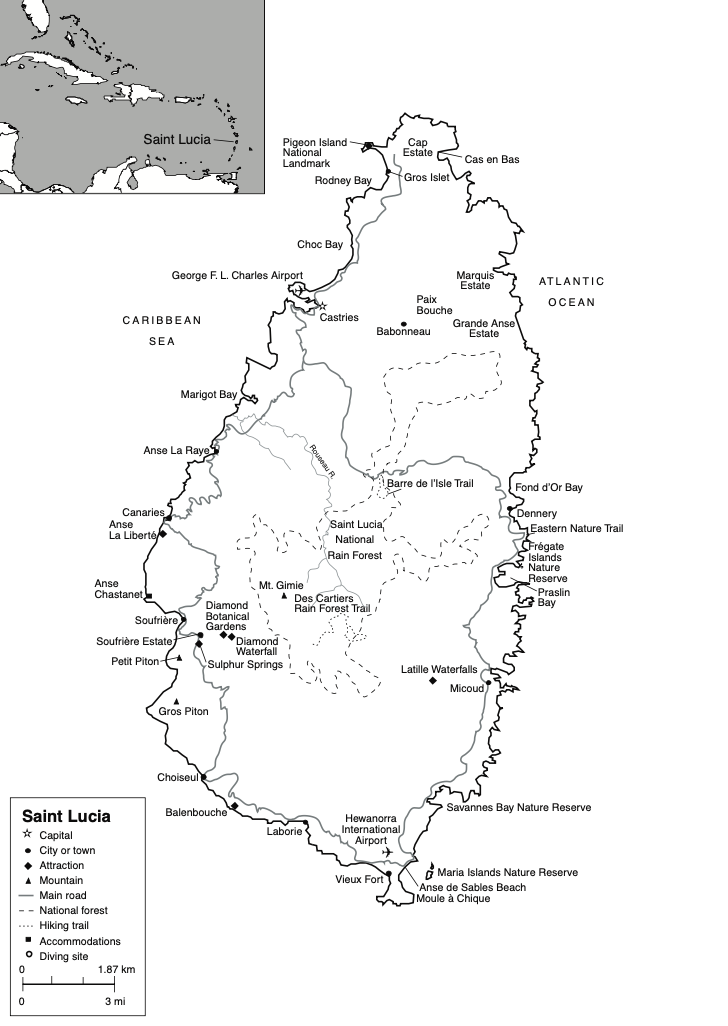 Check out these fun regions throughout St Lucia: